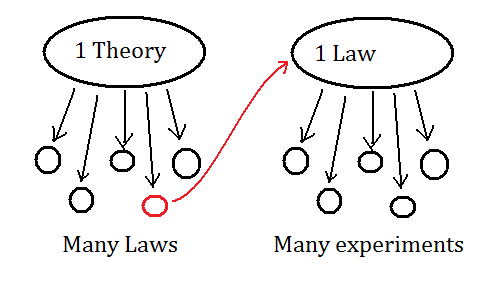 This post arises from my reading a physics blog recently which mentioned that it seemed that in the 19th century, new physics ideas appeared in the form of “laws” while in the 20th century they were called “theories.” I think that the difference is not just a matter of terminology, but instead that theories and laws are not at all the same sort of thing.

When an experimenter takes data, the data can be arranged in various ways. If we are able to describe the data by fitting an equation to them, then I will call that a “law.” For example, Maxwell’s equations are laws. Given measurements for electric field, magnetic field, charge, velocity, etc., one can compute various things. This is more than curve fitting, but it is quite a bit less than theorizing. Theories are more general than laws. One theory can be used to define any number of laws. For example, the theory of quantum mechanics can be used to derive many different equations.
END_OF_DOCUMENT_TOKEN_TO_BE_REPLACED